Sikkim Chief Minister Pawan Chamling laid the foundation Stone of Statue of Lord Parshuram at Barang, Lower Tumin in East Sikkim on Thursday.
The 54 ft high Statue will be the biggest and tallest statue of Lord Parshuram in India and will have elaborate infrastructure supporting the main statue. The entire complex would be termed the Parshuram Dham and will be built at a project cost of Rs. 78.04 crore.
The Chief Minister congratulated the people of the area for the project which after completion would be one of the most sought-after tourism heritage destinations in the State and the country. “The Statue of Lord Parshuram would be the tallest and biggest statue in India and would open a floodgate of opportunities for the people of the region,” he said.
He added that the project would usher in benefits such as multi-fold increase in the value of land, surge in hotels, cars and other such facilities, open up employment opportunities for the youth, and various other avenues such as flower shops, eateries, milk and milk products, puja items and related outlets. Moreover, it will make the people of the region self-reliant and subsequently job providers.
Speaking about similar such projects in the State, he maintained that the vision of the Government is to optimally utilize the existing resources of the State for the progress and development of the State and its people. “We have integrated our culture and tradition with the modern development methods. This particular project would be one more example of that,” he stated.
The project envisages establishing a State of the Art religious complex with a 54 feet high Statue of Lord Parshuram at the centre. The 54 feet high bronze metal Statue of Lord Parshuram will be casted in ‘low-wax process’ and shall be placed over 15 to 16 feet high pedestal. Therefore, the total height, including the pedestal, would be around 70 feet.
There will be Hawan Kunds on two sides of the pedestal for offering Hawans and pujas. A multipurpose hall of area 3500 square feet would be built to perform any religious ritual. The complex will also have souvenir shop of 2500 square feet for display and sale of merchandise. A food court with multiple food counters is also included in the project. The ticketing counter with back office and storage facilities would be located near the entrance.
The complex will also have a model display room for display of all the principles of Hindu divine characters. There shall be four numbers of meditation huts, a premium category guest house, two numbers of Pujari residential quarter and one staff quarter. There will also be 2 toilet blocks comprising of Male and Female toilets in the compound.
The main entry leading to the Statue of Lord Parshuram is proposed to be named KHANDA PARSHU MARG wherein all the history of Lord Parshuram will be en-carved and depicted along the wall. The murals and artwork would be adequately displayed in different areas of the complex.
Adequate numbers of Gazeboes or covered sitting huts will be constructed, each having a capacity of 15 persons. The complex will
also have children play zone having an area of 10,000 square feet. The water bodies with sprinkle fountain and foam bubblers have also been proposed in this project. The project features also include stone paved area and public space with 100 numbers of weather proof benches. 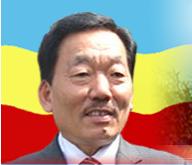 GETFLIX: THE AUSTRALIAN ENTERTAINMENT ON YOUR FINGERTIPS

Getflix allows users from Australia, New Zealand and all over the world to easily access global video and music streaming services. Getflix uses Smart DNS and VPN technology to bypass the geo-blocking and open up this amazing world of entertainment. Getflix is a DNS-based workaround for tricking foreign services like Netflix and HuluPlus into thinking you're a local. Unlike a VPN you don't need to install special software to use Getflix, you just need to change the DNS networking settings on your device. This means you can use Getflix with a wide range of home entertainment gear such as Smart TVs, Blu-ray players, games consoles and various media players like the Apple TV. Alternatively you can alter the DNS settings in your broadband modem/router, rather than using your ISP's DNS settings, so Getflix applies to every device on your home network. This is useful for devices which don't let you edit their DNS settings, like Google's Chromecast. Unfortunately using a DNS workaround with your modem can cause problems, as every device in your home is relying on Getflix every time it needs to look up a a website. Lasy year I found Getflix's DNS servers were temperamental and often left my Mac hanging while loading a page. I switched from Getflix to rival UnoTelly, which improved the problem but didn't eliminate it. Eventually I gave up and switched my modem from UnoTelly back to my ISP's DNS servers, which are much more reliable. Instead I change the DNS settings on specific devices to UnoTelly – like the Apple TV in my lounge room. This setup worked fine until I also configured UnoTelly on a 2014 Sony Bravia Smart TV. The Netflix app shows up in the Australian app library and changing the DNS settings lets you into the US Netflix library. The trade-off is that the TV is now convinced that it resided in the US, offering up US apps like HuluPlus but crippling Australian Catch Up apps like iView and Plus7. While I could still see the Australian Catch Up apps like iView, clicking on them presented a "This application cannot be launched because it is no longer available" error. Interestingly the FreeviewPlus HbbTV green and red button apps kept working, presumably because they rely on different back-end infrastructure. You can tweak UnoTelly's Dynamo settings features to access different services in different countries, but I couldn't find a way to force the Sony TV to embrace the Australian Catch Up apps. The solution I found was to switch from UnoTelly back to Getflix, which has a specific setting to change the country for Sony Smart TVs. It has similar settings for the WD TV Live, which might come to your rescue if you run into similar problems. Now you can access the Australia video app library to watch iView, Plus7, TenPlay, SBS on Demand and Quickflix, but when you launch the Australian Netflix app you see the US library. As always your mileage may vary when it comes to geo-dodging, but Getflix offers a free trial so it's easy to check it out for yourself. It could be the trick you need to enjoy the best of both worlds. What's your workaround for enjoying the best of internet video from Australia and abroad?
No comments:

The Pink City of Jaipur truly fascinating as Can be seen from images  captured here by LALIT CHORARIA . 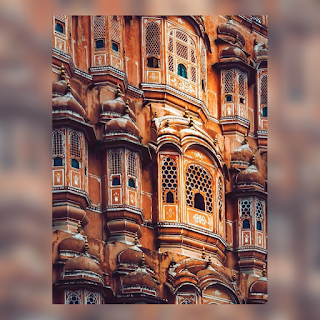 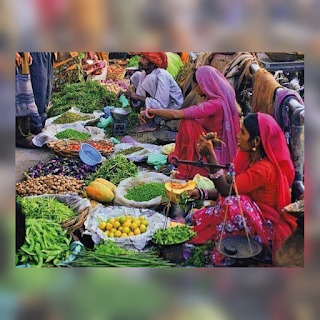 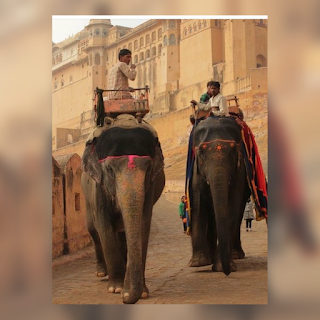 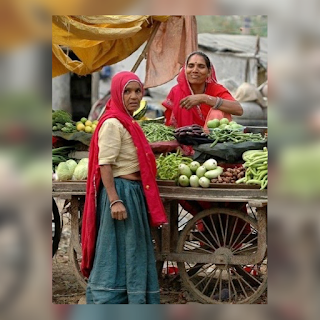 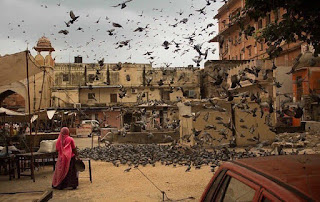 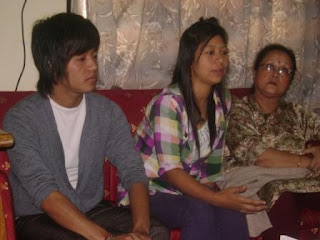 Gangtok: October 21 Remanti Rai and Robin Mukhia has appealed the people of Sikkim for their support to make them the winners of the ‘North East Ke Super Star’ being telecast on the DD North East Channel. Remanti reaches the final round of singing competition scheduled to be held on 12th November, while Robin is in the final round of dancing competition to be held on 13th November. Addressing a press conference today, the duo finalists informed that a total of 5 singers and 5 dancers from Sikkim were shortlisted for the competition and likewise similar participants were chosen from other north eastern states as well. The finalists informed that in earlier rounds, participants from the different states were mixed up and competitions were conducted by dividing into different groups and talented were shortlisted for the further rounds. The duo finalists informed that in the semi-final round the competition was conducted between participants of their own states to choose the state champion, in which Rai became the state champion in singing and Mukhia became the state champion in dancing categories respectively. Now, the state champions of each state will be performing in the final round. “With our talent and hard work, we have survived so far in the competition but now to win the title of the event is purely depends upon the voting, so we appealed our people to send more vote for us,” the duo finalists requested. The episode of duo in which they became the state champions will be telecast on DD NE Channel today by 9 PM and likewise, state champions in singing of each state will be introduced in the episode of 28th October and state dancing champions will be introduced on 29th October. Adding further, the duo informed that from 29th October midnight the voting lines will be opened till 11th November. To send vote to Ms. Remanti Rai- type SONG RMN and send to 56363 and to send vote of Mr. Robin Mukhia- type DANC RBM and send to 56363. They have also planned to approach the people of neighboring hilly state by visiting Darjeeling, Kalimpong and other areas soon
1 comment:

The news and views carried in http://sikkimnews.blogspot.com/ are gathered from different media sources and This site is not responsible for any losses that could occur due to this information and advises users to check with certified sources before taking any decision.

http://sikkimnews.blogspot.com/ doesnot guarantee accuracy,adequacy, or completeness of news items,news reports or any articles it carries.Copyrights of any material published,printed here rests with their respective owners.

we are in
Indiae.in
Sikkim

↑ Thanks for your visit


Welcome to Sikkim Times or Thanks for your visit